Arctic Foxes are one of the 6 animals I researched that are struggling due to climate change. The Arctic fox faces a lack of habitat and a lack of a good source of food. Since ocean ice habitats give significant winter food assets to Arctic foxes, particularly in low lemming years, the loss of ocean ice scavenging grounds is probably going to bring about lower winter endurance and reproductive success for Arctic foxes. Urgent foxes denied of the ocean ice may turn to look for nourishment in human settlements and mechanical locales, which builds the potential for clashes with people and regularly finishes in foxes being slaughtered. As temperatures warm, bushes and trees are additionally moving into the tundra, changing over the Arctic fox's lichen and greenery overwhelmed natural surroundings into shrublands and forests. In the Alaskan tundra, dwarf birch, willow, and white spruce have expanded particularly in the course of recent years. Since Arctic foxes depend intensely on lemmings for nourishment, environmental change impacts on lemmings can certainly affect foxes. Throughout the winter, lemmings live in spaces under the snow that give protection from the chilly climate, protection from predators, and access to plant nourishments. On the off chance that snow conditions are acceptable, lemmings succeed and can even get a head start in raising their youths. In Norway, researchers have discovered that rising temperatures and changing climates in latter decades have made cycles of defrosting and icing in winter that outcome in poor snow conditions for lemmings. These poor snow conditions have harmed lemming reproduction cycles, making another example where lemmings never reach their peak numbers. Researchers accept that the lack of a high lemming populace is likely liable for the sensational decreases in Arctic foxes in Norway. Future environmental change is probably going to damage the lemming populace cycles across more extensive regions of the Arctic. 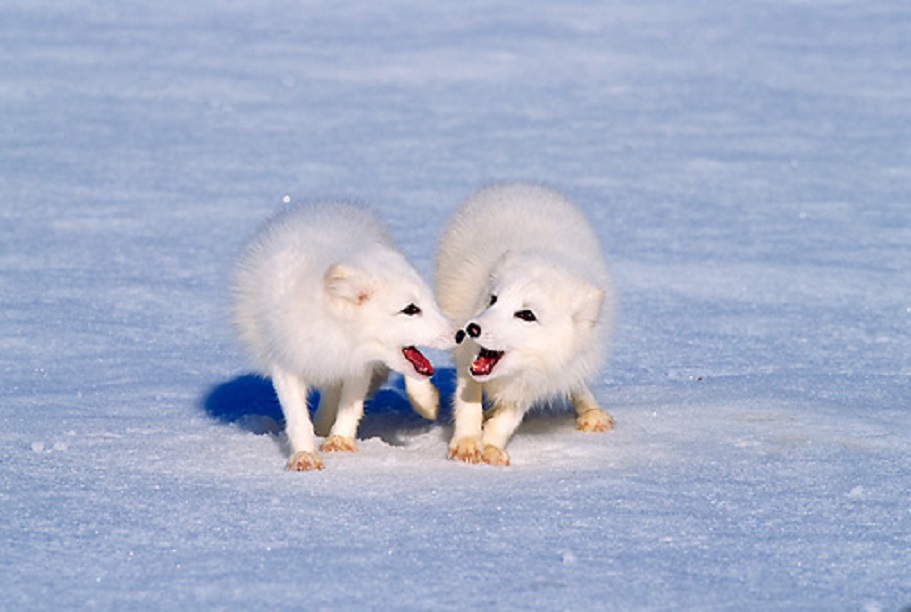