Red Knots are one of the 6 animals I researched that are struggling due to climate change. Red Knots are small but incredibly powerful birds. They fly across the earth, around 30,550km a year, and they can fly for 6 or 7 days on end non-stop. Dangerously close to extinction, the population of Red Knots dropped by at least 5,000 at one of the key wintering grounds in Tierra del Fuego, meaning the estimated population is unlikely to be higher than 25,000, which seems like a lot until put into perspective. The global population of snowy owls as of 2013 was 200,000 which is 8 times the population of the Red Knot. In a similar way to Belugas, the decrease in populace of Red Knots is in part due to climate change, but mostly due to human action. To begin with, due to changing conditions, most of the main diets are unable to survive, leaving Red Knots with very little or no food before they head to the breeding grounds. In order to make their trip across the planet from their wintering grounds to their breeding grounds, they stop in Delaware Bay (which is on the border of New Jersey and Delaware). The issue is that, despite the restrictions placed on fishing there, there has been no sign of an increase of population of horseshoe crabs, the one of the main diets of the Red Knot. Without the energy and nutrition attained at the stop, they don't have the ability to make it to the breeding grounds, and more often than not, die of starvation. However, all hope is not lost. Efforts are being made to place the Red Knot under the Endangered Species act, an action that would start devolpment of a recovery plan. 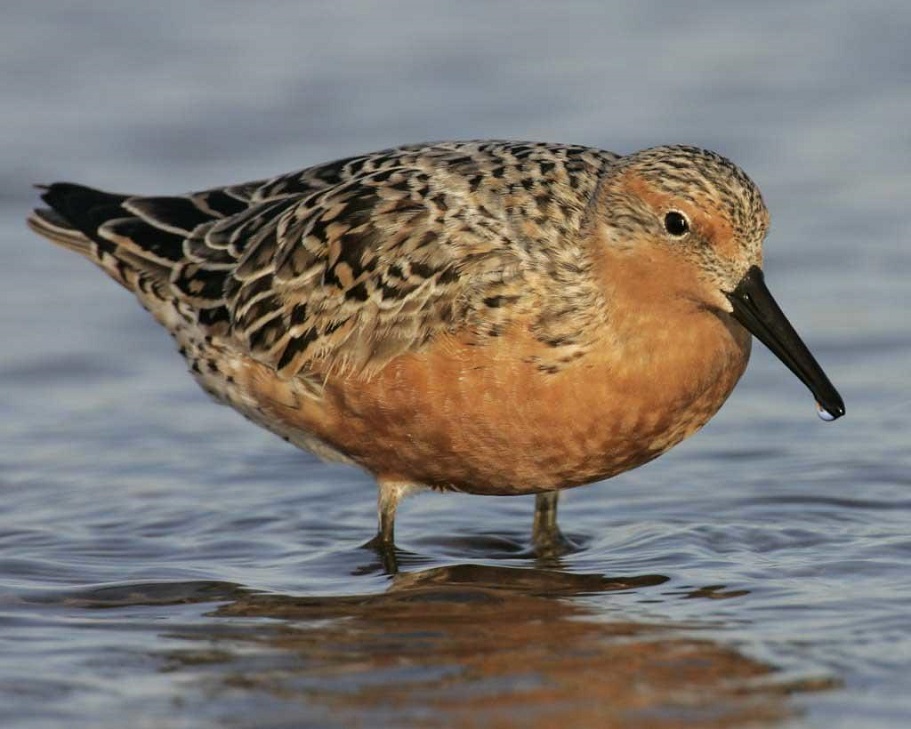