Polar Bears are one of the 6 animals I researched that are struggling due to climate change. Temperatures in the Arctic are rising double the speed as the worldwide standard and ocean ice spread is reducing by almost four percent for every decade. The loss of ocean ice influences polar bears' capacity to hunt down food, as seen by studies. Polar bears feed on ringed seals that live at the ice edge, getting 66% of the energy they require for the whole year in late-spring and incredibly early summer. With the ice descending prior to spring and shaping later in winter, the bears have less time to chase prey and need to starve for more than normal. Researchers have discovered this can bring about a decrease in body condition and lower the normal body-mass in adult females. Less offspring endure and the ones that do are littler. While polar bears have demonstrated some ability to adjust to changes in their environment, for instance, by searching for nourishment ashore, researchers believe polar bears will turn out to have a harder and harder time finding food as ocean ice reduces and populaces will decay. 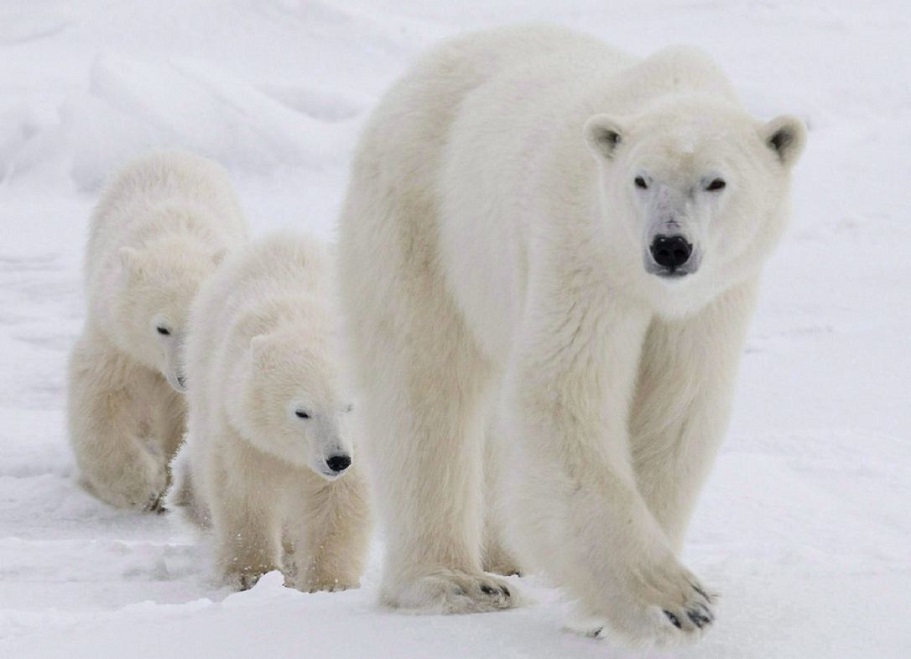